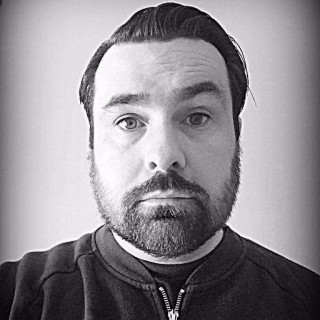 Karl has been with GAAGO since its launch in 2014 and his role involves managing the day-to-day sales and marketing strategy for this global product. They have utilised an integrated marketing strategy including TV, radio and print since inception but with the largest focus on digital marketing activities such as display marketing, social marketing, email and content marketing.

Karl came to RTÉ in 2014 following 7 years in professional sports with the Football Association of Ireland (FAI) and the Irish Hockey Association (IHA) here in Dublin where he worked across a number of administration functions but specialised in marketing, communications and digital media.

From 2010 onwards, Karl took more hands-on marketing duties and was instrumental in developing the FAI’s digital strategy and online social media presence. he also holdd the honour of having live tweeted our first ever game on Twitter (a boring 0-0 home draw with Croatia in 2011) but the subsequent UEFA Euros in 2012 and Ireland’s three heavy defeats have certainly left a scar that will never heal.

He moved to the Irish Hockey Association in 2012 where he took up a role as Marketing and Communications Manager and subsequently Strategic Development Director working closely with CEO, Mike Heskin. Karl worked on a number of key events such as the EuroHockey U18 Championships, which they hosted in Dublin, as well as helping construct the Strategic Development Plan 2014-2018 for Irish Hockey.

In May 2014, the opportunity to work with Ireland’s National Broadcaster, RTÉ, and an iconic sporting and cultural institution in the GAA was very appealing. Karl joined a small team (3 full time staff) with a start-up mentality and a mandate to set about creating and developing a global brand delivering Irish games to Irish Diaspora abroad.

In his limited free time, he also write on the NFL for the RTÉ Sport website.